Heinze Havinga and myself made the game Storsjöodjuret for Dropstuff’s The Bridge project. There was an open call for game concepts from Dropstuff for a interactive game between two locations on their large screen. For The Bridge 2013, we made the very succesful The Grand Tour, so we participated again this year. Our and four other concepts were chosen by an independant jury. The connection this year was going to be between Stockholm/Umeå, Sweden and Amsterdam/Scheveningen, The Netherlands. Due to a new depth camera and its limited software, we were confined to only one player on each location (so no local multiplayer like in 2013).

In Storsjöodjuret players play one of the heads of the sea monster Storsjöodjuret (a Swedish folklore) and have to eat the ships and blimbs to score points and they have to dodge the bomb ships.

Some of the sprite animations I made: 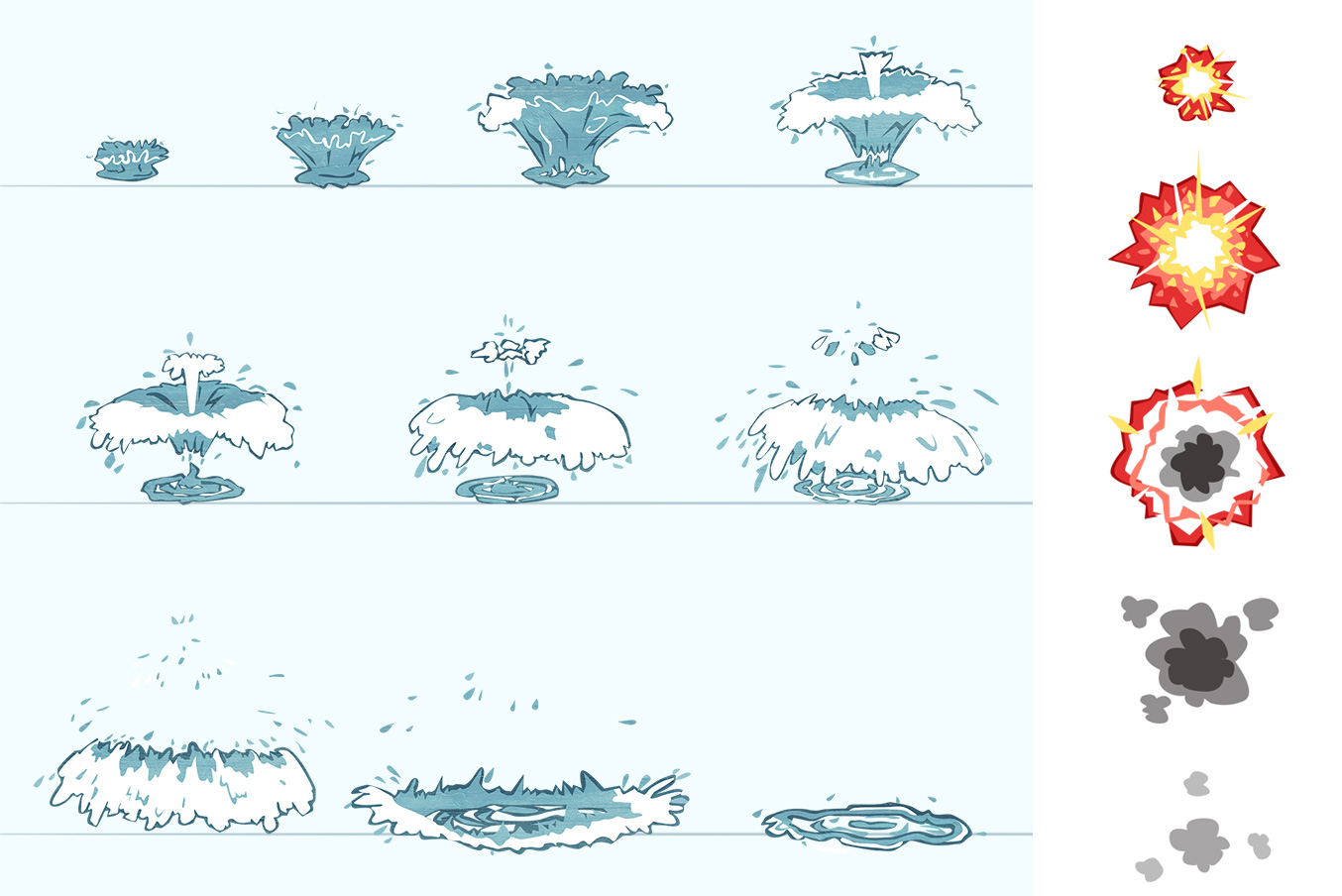